My wife and I were driving home one Sunday night a few weeks ago after a quick jaunt into Manhattan to drop our daughter off at her grandmother’s. We were heading west on I-80. Our place is about a 90-minute drive from the Upper East Side and as it was 9 PM and there weren’t many cars on the road, we were flying home.

Up ahead, in the eastbound lanes, we noticed a cluster of bright lights shining at us, as if we were squinting at an old-time, bulb-laden marquee on Broadway; we knew this spelled traffic heading back into the city. 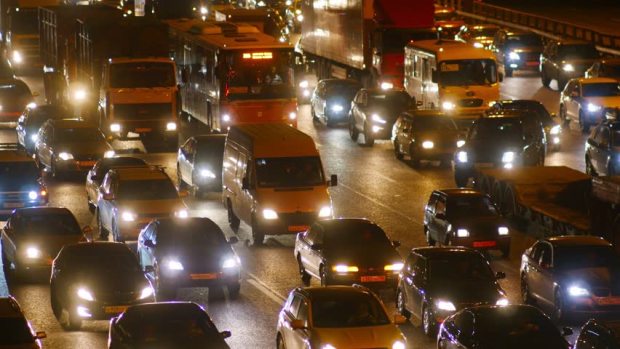 We continued past the commotion, and even though we couldn’t quite make out what had happened, we empathized with those who were ground to a halt. Is there anything that gets the blood boiling like sitting in traffic? I don’t know a single individual who doesn’t flip out in a screaming tirade – sometimes using their inside, sometimes their outside voices – when stopped.

We ultimately got to a point where the oncoming traffic hadn’t yet been stopped, and we felt a sense of pity for these salmon, swimming upstream, who were about to be caught and eaten by a bear. Could I possibly warn them to divert their path? I thought about flashing my brights, but that made little sense as flashing your brights usually means “slow down, beware of cop,” not “get off the highway while you still can!” So, I did the next best, (ir)rational thing – I started to yell in their direction, “Get off at this exit!” But that obviously didn’t work because they couldn’t hear me or read my lips. I felt helpless watching this happen. Especially on a Sunday night when all you’re pining for is to reach your destination. I assume.

My wife and I talked about how crummy it was that all these drivers, perhaps enjoying their trip, had no idea what lay just around the bend for them. And that their trips were about change for the worse. I guess we never know what’s just around the bend for us. I mean, we can certainly act to affect possible outcomes, but to have knowledge of the future with any degree of certainty? I don’t think so.

Which had me thinking of Joel.

I met Joel in June of 2017; we were both attending the Social Innovation Summit in Chicago. We first came upon one another at an early-evening kick-off event held at The University of Chicago’s Booth School of Business. It was your run-of-the-mill cocktail party (no offense to the SIS organizers) – drinks, hors-d’oeuvres, music and schmoozing.

I introduced myself to him and his colleague, a guy he identified as his attorney, whose name I’ve since forgotten.  They were kind of yucking it up, in a slapstick, shtick-like way. I half-expected a nose-tweak, ear-pull, cheek-slap and eye-poke culminating in a head-butt resulting in a backward cartwheel.

Within a few minutes of chatting, I found Joel to be disarming, engaging, jovial and sarcastically funny.

He was there to network and promote his startup, Rexuti. Rexuti was going to provide Better Healthcare, Delivered Better. His product was part of a growing number of asynchronous virtual visit software companies, which means, basically, they’re providing diagnoses and prescriptions for common conditions on handheld devices, using artificial intelligence, to get smarter with each interaction, making this process cheaper, faster, and more accurate, thereby freeing up doctors to do more pressing doctor things.

For those three days in Chicago during the Summit, we were tight. We spent most of our time together and, when we had time apart, we made sure to reconvene to share stories and make recommendations to one another for folks we had to meet. We were also able to leverage our relationship dividing and conquering the buffet tables!

“Quick – there’s a full station of sushi over there.”

Joel and I liked to eat. Especially free food at buffets.

We had a blast at the Summit and committed to keeping in touch. But outside of the three days we hung in June 2017, we spoke infrequently. He emailed me a couple of times to share successes he was having with Rexuti. We had a couple of video chats, but our relationship was limited to gChat conversations every so often.

And we were due for one. So, I chose to reach out on a typical Monday morning. In routine fashion, I clicked on his name on gChat.

Joel was never bitter towards me when I’d been a shitty sounding board and hadn’t returned an email. I usually got a simple, “It’s okay, don’t worry about it.” And I was expecting more of the same when I clicked on his flashing name to read his response.

“Hi Brian, this is Joel’s wife.  Just wanted to let you know that he passed away on Friday, July 13th.  Sorry to pass along the sad news to you in this way.”

I don’t know what came over me, but alone in my home office/bedroom, I put my head down on the desk and started to cry. I know I’ve written a bit about our time in Chicago – the meat of a full blog post – but we really weren’t that close. I probably would’ve identified him as an acquaintance/friend, not necessarily full-friend status, but you get the idea.  Regardless, at that moment, I felt as though I’d give anything to talk to him again. I know it’s dramatic but this was so sad to me.

I was hurting and for some masochistic reason, I needed to bathe in the pain. I started reading some of our email and gChat threads. I found his latest deck and smiled seeing what he’d put together. I looked up his Facebook and Linkedin accounts so I could try and convince myself this hadn’t happened because social media profiles are forever.

I tried to dig a little deeper to find out what had happened. I Googled him and then went to the obituary to see what I could dig up. There was really nothing there other than his name among a list of folks who passed that day in the Chicago area. He was the second youngest, in a list of about ~ 30 folks, at 43.

I still don’t know what happened. What I do know is that he left a wife behind to care for herself and their six-year-old daughter. Truly heartbreaking.

But sometimes, hopefully, more often than not, not-knowing comes up roses.

Friday of that same week, my dad and I had an appointment with his oncologist. He has pancreatic cancer (among other cancers).

He’s been doing well with his treatments. The cocktail of chemo that’s been prescribed for him seems to be doing its job. In our last two visits – his last being in mid-April – we found out his tumors had shrunk by 50% each time. There’s nothing that soothes the mind, body, and soul like progress, which also gives us a greater level of hope.

Yet there we were again in what is our new normal: en route to a visit with his doctor for hopefully another lengthy stay of execution.

As we made our way on I80 eastbound, my dad and I listened to some tunes and talked about nothing. And apropos of nothing, I just had to get this off my chest.

“I hate taking this trip. And I hate going to see Dr. Reidy. I mean, you know what I mean – she’s great and all, and Sloan Kettering is a fine facility with exemplary staff, but the not-knowing combined with the waiting until the big reveal sucks. Our lives – your life – could be changed forever. In an instant.”

Whatever will be, will be, and we’ll address it then.

My dad seems pragmatic about his visits. I’m not sure if he’s this way to keep any fears he has at bay, because he’s brave in the face of great challenges, or because as he says, he’ll only react to things he can control.

Upon our arrival, they took my dad pretty quickly to record his vitals. They returned him to us (my wife had joined our party) and we all sat in the waiting room in advance of our meeting with the doctor. I don’t like the waiting area at MSK, not because their coffee tastes like garbage (which it does), or Fox Business was on the television (which it was), or the fact that we were on a tight deadline to pick up my daughter immediately after our appointment, but because every family sitting there had a loved one fighting cancer. And cancer is a potentially fatal disease. No one wants to be there.

Not to mention that the waiting gives me some time to stew in all the possible outcomes.

My dad had gone almost three months without treatment, and while the last two treatments had provided a pretty good measure of success, I couldn’t see how not getting treated would yield anything but a (hopefully very small) reversal of fortune. That and the fact he’d had a bout with sepsis, a nephrostomy, and his kidney, ureter and a small piece of his bladder removed during that time.

We were finally shown into an exam room. And waited some more.

Finally, the RN came in and started going through my dad’s case. At the end of her questioning, she shared that the doctor would be another 10 – 15 minutes. In my mind, that means 15 – 20 and possibly longer.

My dad and I waited until she left to celebrate. We have this part down to a science. We jump out of our seats (he, off the exam chair with the protective paper making that crinkly sound), laughing, and high-fiving each other into a huge bear hug. Another win. 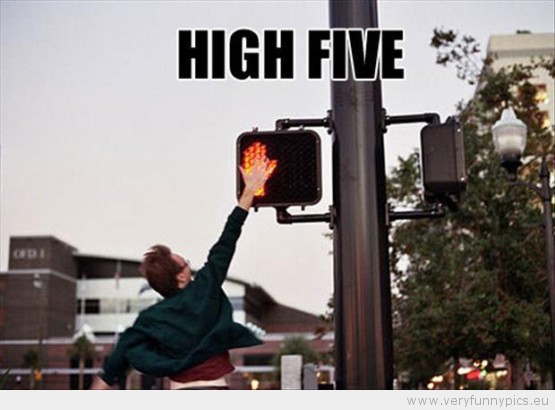 My dad has a renewed lease on life. We’re not sure the terms of this lease – none of us truly ever knows what lies around the bend – but we intend to spend it living, laughing and loving one another. World… it’s on!

View all posts by Brian Goldrich